Ilse and Miguel had a beautiful wedding ceremony!  It took place at St. Joseph’s Catholic Church in Summit, Illinois (a southwest suburb of Chicago).  The sanctuary was overflowing with flowers, and they lined the aisle with large pink and white arrangements that sat on columns and were topped with candles.  They draped white fabric around the columns at the front to create a more intimate space (in the enormous sanctuary!) for the bride and groom. 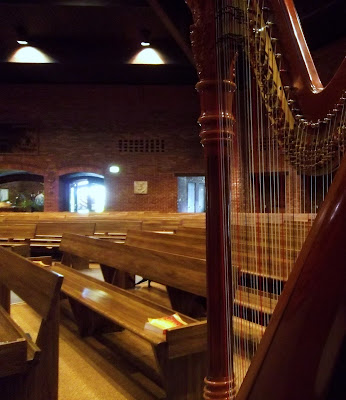 Prior to the wedding, all of my communication had been with the mother of the bride.  Since they weren’t picky about the music selections, they left them up to me (within what is allowed by the Catholic church, of course!).

The wedding Mass was conducted entirely in Spanish, so I was glad to have my translation to follow along and get the liturgical music in the right places.  Father Jose and I talked before the ceremony began to make sure we had all of the cues together, and everything went smoothly. 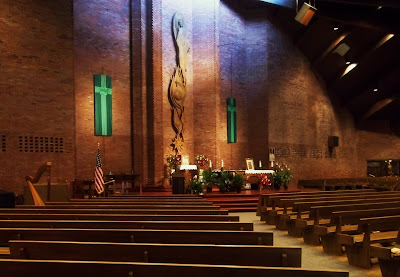 As the bridal party entered, followed by the families of the bride and groom, I played “Jesu, Joy of Man’s Desiring.”  The bridal processional was “Pavane Style Renaissance” by Wachs.  Music for the offertory was “Andiam mio tesoro,” an anonymous Italian piece from the 16th century, and as the guests and bridal party shared the sign of the peace, I played “Hymne” by Vangelis.

Schubert’s “Ave Maria” accompanied the bride’s presentation of flowers to the Blessed Mother.  As the newly married couple and their attendants exited the church, I played “King William’s March.” 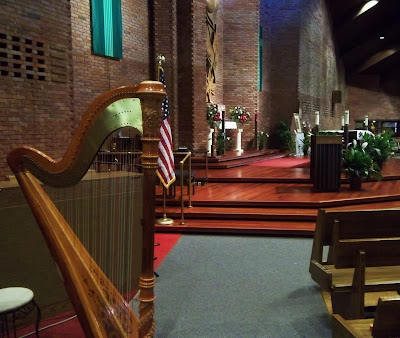 The harp can provide for all of the music for your wedding Mass, and I can also accompany your cantor.  Visit my website, Chicago Wedding Harpist, for details, or call 1-574-344-9401 for a customized quote for your wedding! 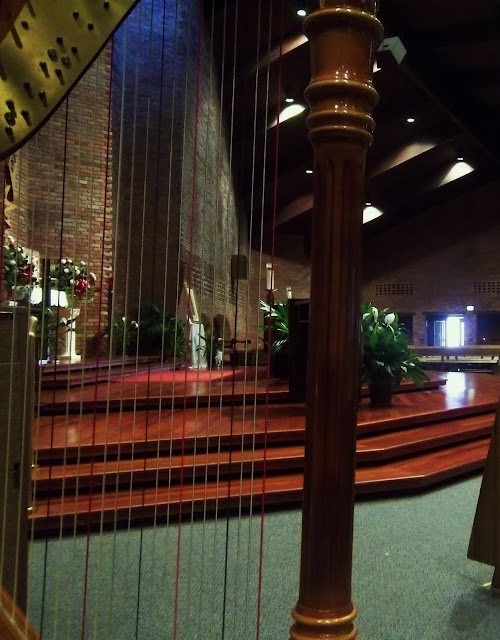