After my last performance for this concert series in 2009, I was invited back to give another recital on January 29th, 2012.  The concerts are held under the dome of the Jacksonville Public Library in Jacksonville, IL, and are free and open to the public. 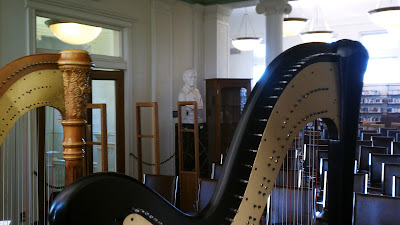 I had a large and appreciative audience, and was delighted to present this recital.  The program included:

Our Love is Here to Stay from An American in Paris (George Gerswhin; arr. Ray Pool)

Glitter in the Air (Alecia Moore; my own arrangement)

Many members of the audience (including my first grade teacher!) came up to speak with me after the recital.  “Autumn Leaves” was a favorite of many!  “Turkey Strut” was a special piece for my dad ~ he’s been after me to learn how to play “Turkey in the Straw” since my very first harp lesson, and this Salzedo piece is a concert fantasy on that theme.  Something you might not expect to hear on the harp!

Thank you to everyone who attended, and to the library for sponsoring the Music Under the Dome concert series!  I am available to perform concerts for libraries, schools, and community groups throughout the Midwest and beyond.  Visit my website ~ Illinois Harpist ~ and contact me for details! 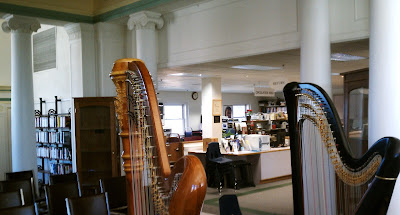