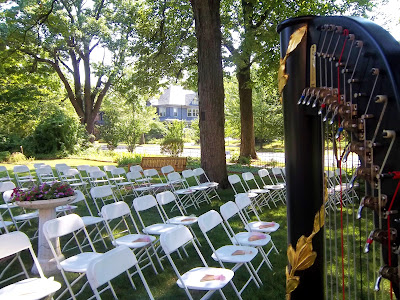 Jody and Daniel came to South Bend from Lincoln, Nebraska, for the AYOP Baton Twirling Competition ~ and to get married!  They chose the Oliver Inn Bed & Breakfast as their ceremony venue, with the reception right next door at the historic Tippecanoe Place. 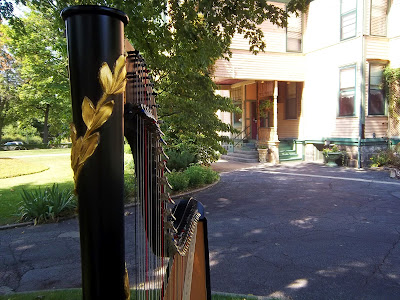 The bride, her matron of honor, and daughters all arrived at the Inn in a horse-drawn carriage.  One of her guests commented that it was just like being sent back in time to the Victorian period!  The song for the wedding party entrance was “The Prayer” from Quest for Camelot, and I played Pachelbel’s “Canon in D” as Jody was escorted down the aisle by her daughters. 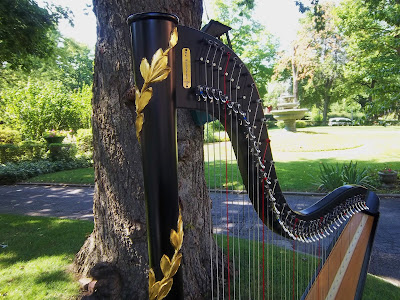 A family friend sang the Gershwin song “Our Love is Here to Stay” at the end of the ceremony, followed by “All My Loving” by the Beatles as the recessional.  After the postlude (which included “Ave Maria” at the special request of one of the guests), everyone walked next door to Tippecanoe Place. 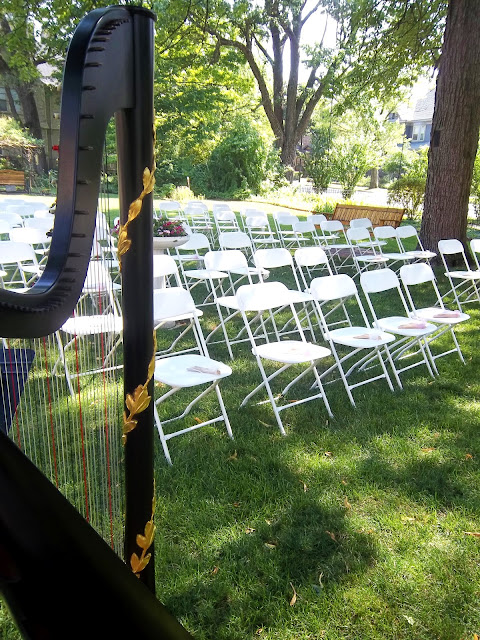 The reception was held in the ballroom on the third floor of the mansion.  I played a variety of classical, popular, and Broadway songs (some of which inspired a sing-along!), including the groom’s request of “Ashokan Farewell.” 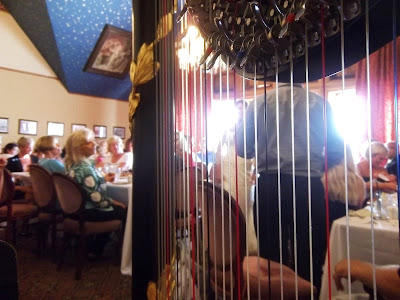 Planning a wedding in South Bend?  If you visit my website ~ South Bend Wedding Musician ~ you’ll find out more about having a harpist for your ceremony and reception. 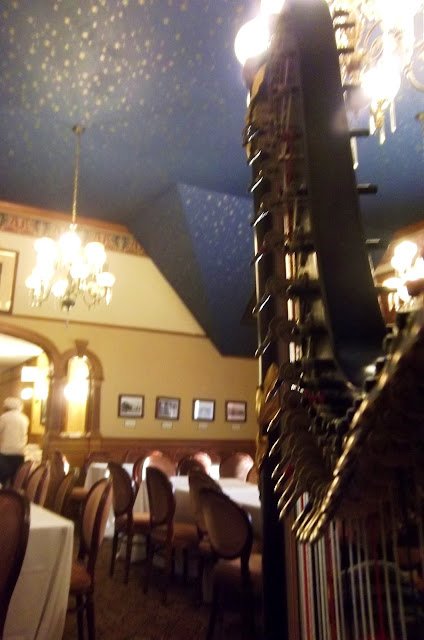