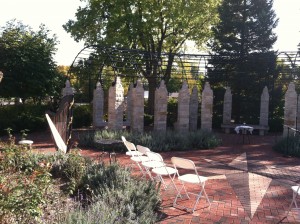 It was a chilly October day, but the sun was shining for Bonnie and Bruce as they were married at Bloomington’s Ewing Manor! 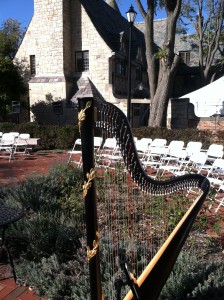 The families all entered as part of the wedding party, along with the matron of honor and best man.  Their processional music was “King William’s March.”  The bride came down the aisle to the Irish folk song “Down by the Salley Gardens.”

A special musical interlude was provided by a granddaughter of the bride, playing “Long, Long Ago” on her clarinet.  “Fields of Gold” by Sting was chosen as the background music for the unity ceremony. 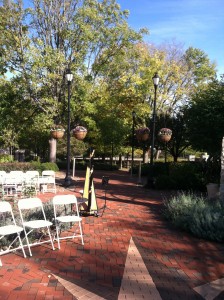 At the conclusion of the ceremony, everyone headed to the reception to “Fanny Power,” a song by the Irish harper O’Carolan.  I continued to play postlude music as all of the guests made their way to the tent for dinner. 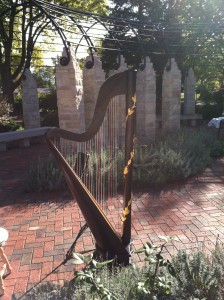