This wedding was at a “farm house” in Delhi.  Yes, this is someone’s private residence!  We arrived when they were setting up the impressive decor. 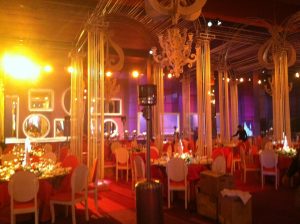 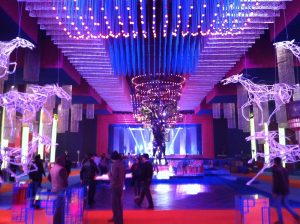 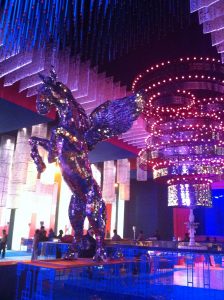 The harp was placed in the entrance pavilion, up on a small mirrored pedestal.  They were still gluing on the mirrors when we arrived! 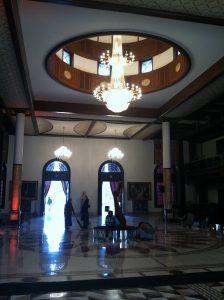 There were still several hours to go before I was to begin playing, so I took a stroll around the grounds. 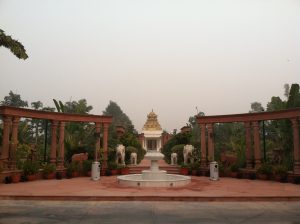 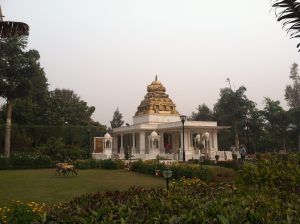 Remember, this is basically a vacation home, and they have their own temple – and peacocks roaming through the gardens!

Back where the harp was stationed, they had everything else ready to go.  Lighting made a huge impact! 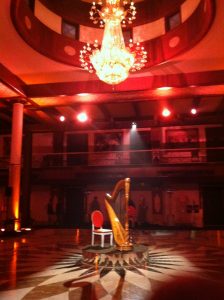 I also found out that I’d be playing with a band of local musicians.  This is always an adventure!  They had learned one “Western” song for the event – “Que Sera, Sera” – and I played along with them each time.  They were lined up along both sides of the room, with the harp in the middle. 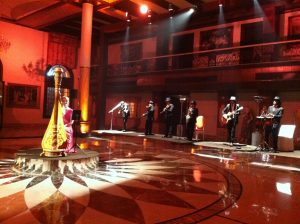 I consulted with their pianist, and we worked out several songs he and I could play together and he’d get the band “jamming” along.  It was beautiful chaos! 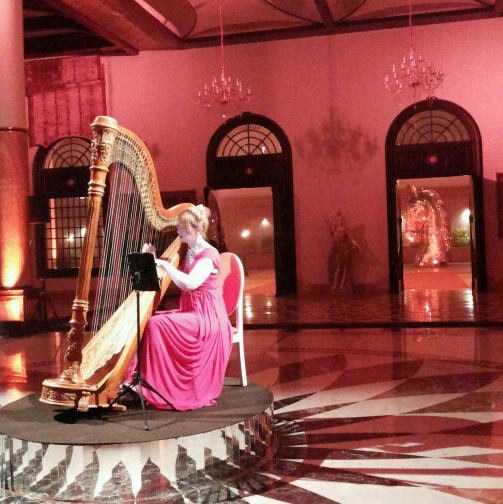 After we were done playing, we went to the main hall for dinner. 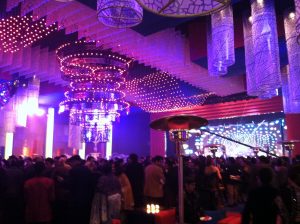 By the time we left, in the very early morning hours, a fog had descended.  With all of the lights and mirrors, everything just glowed! 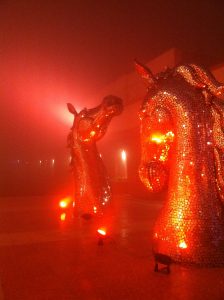 This entry was posted in India and tagged classic, india, new delhi, wedding. Bookmark the permalink.