Another beautiful Galena wedding!  I began and ended the month of June at this popular wedding destination in Northwest Illinois.  This time, I was at Eagle Ridge Resort, playing for Steve & Micki’s ceremony on their tented deck.  We had a beautiful view over Galena Lake. 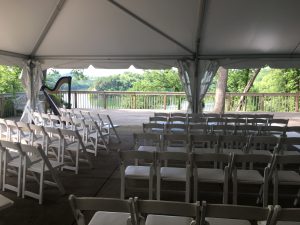 The bride and groom requested Irish music before and after the wedding ceremony, so guests arrived to the sound of jigs, reels, and airs.  Some of the pieces I played were written by Turlough O’Carolan, a blind Irish harper who traveled throughout Ireland, composing pieces for patrons – some of them were even commissioned to celebrate a wedding!

As the families entered, I played “I See You, My Beloved,” a Bohemian folk song.  With a large wedding party, they wanted something uptempo to get them down the aisle quickly, and chose “I’ll Stand by You” by The Pretenders.  Micki went with “Something” by The Beatles for her processional. 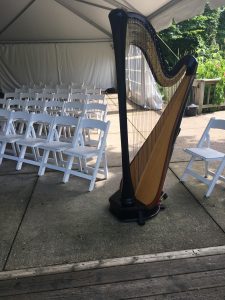 After they were pronounced husband and wife, Micki and Steve walked back down the aisle to “Nothing Else Matters” by Metallica.  Then right back into the Irish songs!

Their music was anything but traditional, but it was exactly what they wanted!  I love collaborating with couples as they create a wedding soundtrack that fits their personalities and style.  Get in touch to start planning your ceremony music today!  Contact me at Galena Wedding Music. 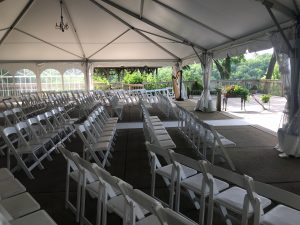