Autumn is definitely in the air!  This past weekend brought in cooler temperatures, along with the beautiful fall foliage.  Robin and Jason were married in the rose garden at Luthy Botanical Gardens in Peoria, Illinois.  The sun was out while I was setting up, but disappeared behind clouds just before the ceremony began.  We all shivered through it, but at least it didn’t rain! 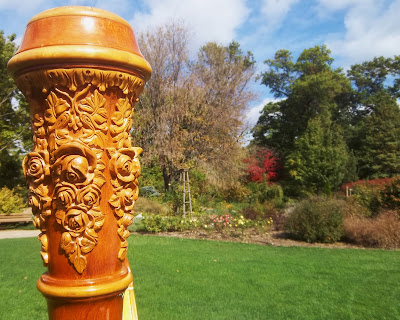 It’s always a special pleasure to play for weddings at Luthy ~ it was where I played for my first wedding for someone I didn’t already know!  After a few early ceremonies for friends and family members, that was my first wedding as a professional harpist.  I was a music student at Bradley University at the time, and I love that being a wedding harpist now my full-time job! 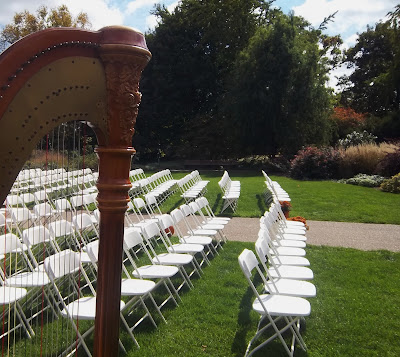 The aisle was lined with pumpkins and potted mums, and they had a table set up for the unity candle.  With the wind, it was a good thing that they had the candle enclosed!

The wedding party entered to “Canon in D” by Pachelbel.  The bridesmaids had ivory shawls to wear over their purple dresses, but Robin didn’t have that option!  She looked lovely in her lace dress as she entered to the traditional “Bridal Chorus” by Wagner. 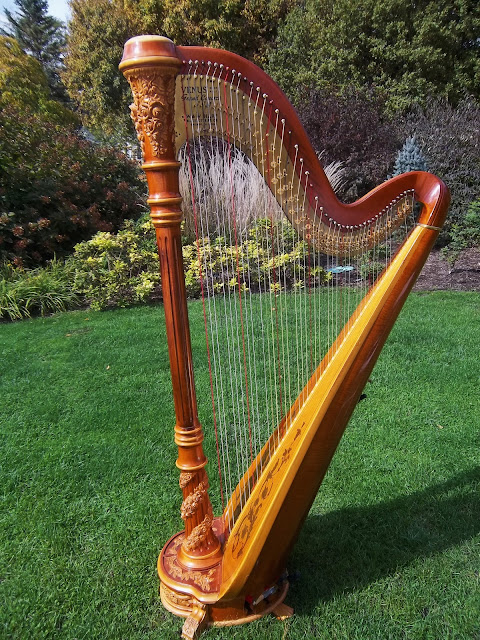 As the couple lit the unity candle, I played Sting’s “Fields of Gold.”  The recessional was “Jesu, Joy of Man’s Desiring” by J.S. Bach.  I continued to play as the guests were dismissed from the ceremony and the wedding party made their way to the trolley that would take them to the reception. 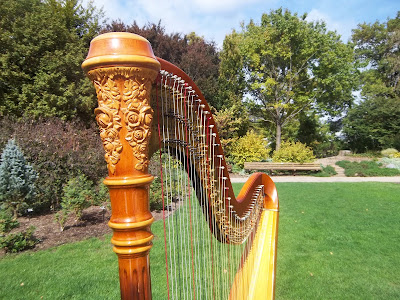 Planning a wedding in Peoria?  Visit my website ~ Peoria Wedding Harpist ~ for details on including harp music in your ceremony and reception plans! 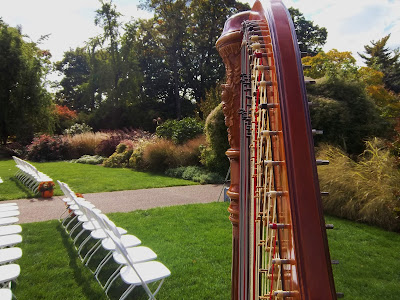