When I received the music list from Morgan, I knew this was going to be an amazing wedding!  Not only that, but instead of just having the harp as a solo instrument, she opted to create a trio of harp, flute & cello.  We also coordinated with the church’s organist for an even more majestic sound. 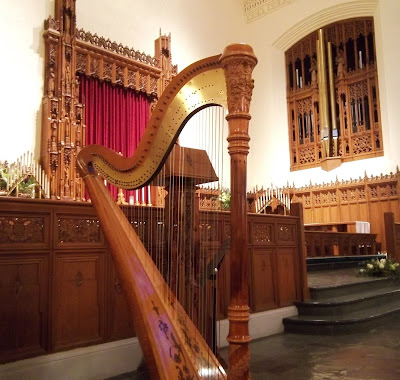 The ceremony was held at Grace Lutheran Church in River Forest (near Concordia University).  The grandfather of the groom had served the congregation as pastor for many years, and came out of retirement to perform the ceremony.  Weddings are always more meaningful when the officiant really knows the couple!

Of course, the acoustics in the sanctuary were fabulous.  The prelude included a couple of special requests that I arranged specifically for our trio.  One was “Concerning Hobbits” from Lord of the Rings – which the flautist played on a penny whistle to make it match the soundtrack more accurately.  Following this, we played “Air on G” by Bach, “Let Me Call You Sweetheart,” “Live to Love” by pianist Paul Cardall, and “Sheep May Safely Graze” (also Bach). 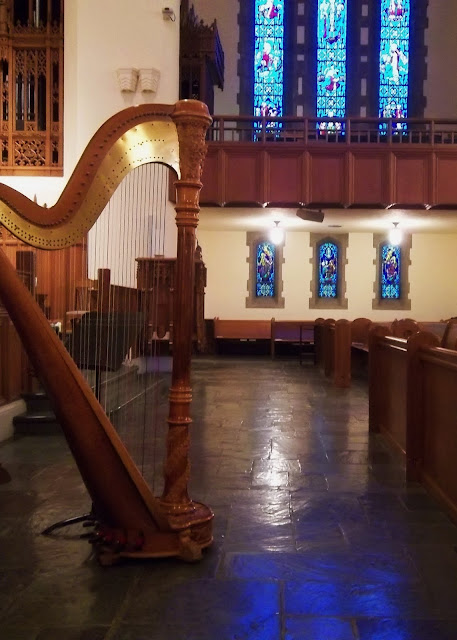 The bridal party entrance music was the traditional “Canon in D” by Johann Pachelbel.  Once the bridesmaids, flower girl, and junior bridesmaid had entered, we switched to “Jesu, Joy of Man’s Desiring” (on harp, flute, cello, and organ!) for the bride’s processional. 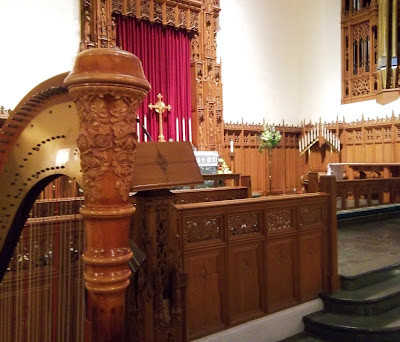 For the lighting of the unity candle, the bride selected “Carol Ann” by Michael W. Smith.  The organist played “Trumpet Voluntary” as the recessional and we picked back up for the postlude with the bride’s choices:

Although most of the weddings I play are for harp alone, it is always such a pleasure to work with other professional musicians!  Other than the trio chosen for this ceremony (harp, flute, and cello), some other popular options include a harp and violin duet, harp and flute duet, two-harp duet, and harp with string quartet.

Throughout Chicago and the suburbs, I am available to provide harp music and ensembles for wedding ceremonies, receptions, and rehearsal dinners.  More information is available on my website:  Chicago Harpist.  Please contact me about your event! 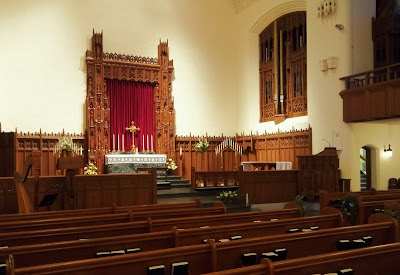