As I was driving to Deep River County Park, I received a slightly panicked phone call from my bride for the day, Christina.  She had planned a beautiful outdoor wedding ceremony at the park’s gazebo, and it was in danger of being ruined by the remnants of Hurricane Isaac coming through Indiana.  Because harps are made of wood ~ and extremely expensive to repair or replace ~ it’s crucial that it not get wet!  Fortunately, the gazebo has a (mostly) solid roof, and provides enough cover for the harp.  The only change we had to make to have the wedding go off as planned was to set the harp up inside the gazebo, rather than off to the side.  Not bad! 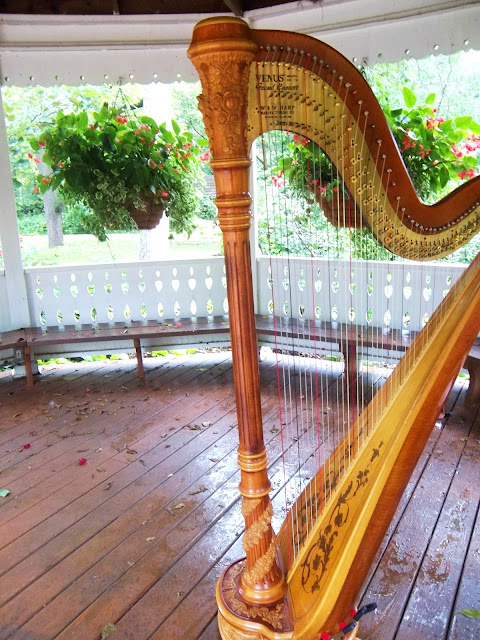 While I was setting up, Christina’s mother thanked me for my flexibility and being willing to go ahead with the outdoor ceremony.  If it’s possible at all, I find a way to make it happen!  Fortunately for everyone, the rain stopped about half an hour before the ceremony began.

But then…no officiant!  He wasn’t from the area, and couldn’t find the park.  I let the photographer know that ~ if all else fails ~ I am ordained and could perform the ceremony.  I did that a couple of years ago when an officiant was nearly an hour late, leaving everyone sitting outside in the sun, and putting the entire wedding schedule significantly behind.  Fortunately, I haven’t needed to use it yet ~ their pastor showed up about fifteen minutes after the ceremony was supposed to begin. 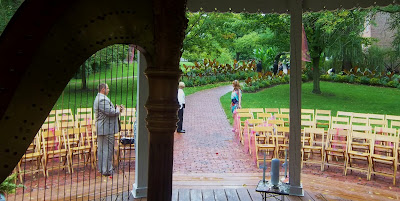 As the families entered, I played “What a Wonderful World,” followed by “Marry Me” for the entrance of the maid of honor and the flower girl (the daughter of the bride).  Christina made her big entrance to Pachelbel’s “Canon in D.”  As the couple was pronounced husband and wife, I played “King Williams’ March” for their exit from the garden. 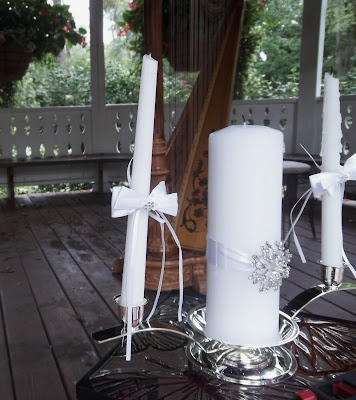 Looking for a harpist to complete your wedding plans?  I have experience playing for hundreds of weddings through out the area, and at the most popular wedding venues in Northwest Indiana.  Visit my website ~ Northwest Indiana Wedding Harpist ~ and contact me for availability and a quote! 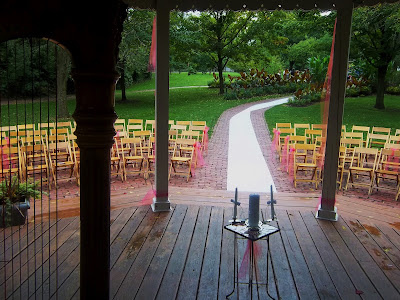