When Aaron and Jeremy contacted me about playing for their wedding, I knew it was going to be full of amazing music!  They had very unique pieces that they wanted included in their ceremony, including several pieces by the indie-folk harpist Joanna Newsom. 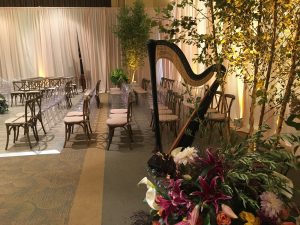 I’m always up for the challenge of expanding my repertoire!  Many of these special requests by couples end up becoming some of my own favorite pieces to play. 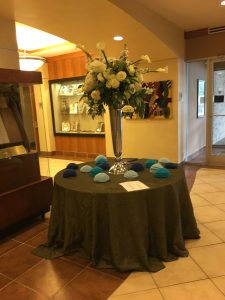 Although Aaron and Jeremy live in New York City, they came to Cincinnati to celebrate their wedding at Adath Israel Congregation.  The ceremony was officiated by two rabbis – uncle and niece! 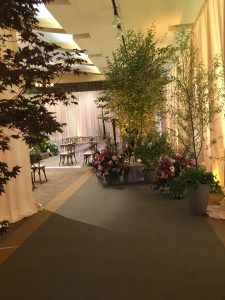 Walking into the ceremony site was absolutely magical.  The area was draped in off-white, and the florist lined the walkway with trees and large floral arrangements.  Then, the chuppah!  Absolutely spectacular, and my pictures could never do it justice. 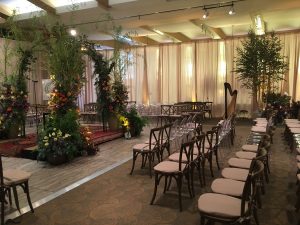 As guests arrived (and were wowed by the space!), I played the couple’s requests: “Landslide” by Stevie Nicks, “If You Want to Sing Out, Sing Out” by Cat Stevens, and “This Charming Man” by The Smiths.  I can safely say that I’ve never played any of those pieces for a wedding ceremony before! 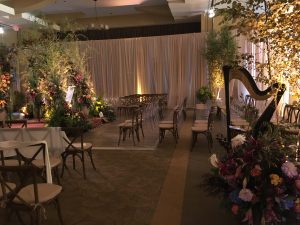 The families and wedding party entered to “Killing Me Softly with His Song,” and the grooms followed to the Joanna Newsom song “Bridges and Balloons.”  The entered from opposite aisles, then circled one another before joining their parents under the chuppah. 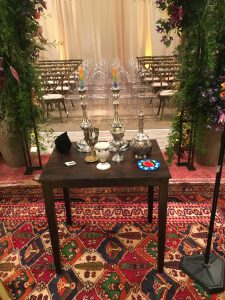 Their service was filled with love and laughter and Jewish traditions, from the wine sharing to the breaking of the glasses.  The couple exited to the guests singing “Siman Tov u’Mazel Tov,” and I continued with that piece as guests made their way outside for the cocktail hour (where a jazz combo was playing). 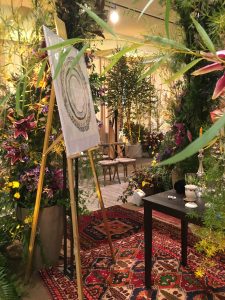 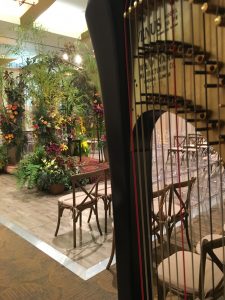 A couple more Joanna Newsom pieces followed (“Peach, Plum, Pear” and “Sadie”), and by that time, the florist and wedding planner were hard at work turning the room over to get ready for dinner.  I did sneak a picture of the tables set up behind the curtain! 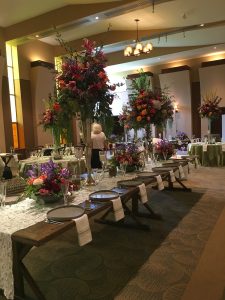 As a professional wedding harpist, I play for ceremonies of all faiths and traditions.  Yes, I play for same-sex weddings, too!  Please visit my website – Cincinnati Wedding Harpist – to contact me for availability and a quote. 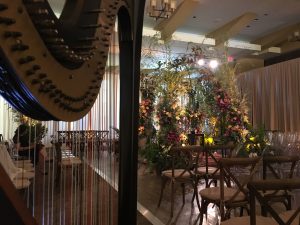 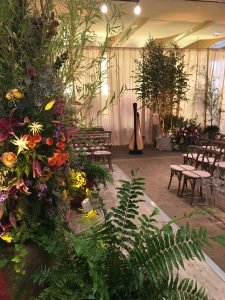