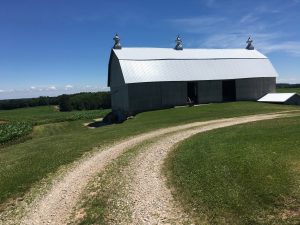 Megan chose to have her wedding close to home ~ in the barn on her family’s farm!  Located in rural Coleman, Wisconsin, the barn was rustic and beautifully decorated for her wedding day. 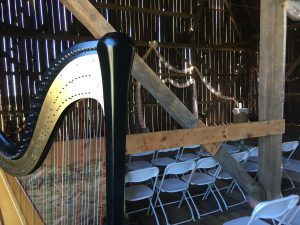 As guests gathered, the harp prelude music included “Somewhere Over the Rainbow” from The Wizard of Oz.  The families were seated to “Have I Told You Lately that I Love You,” and the wedding party processional was Pachelbel’s “Canon in D.”  Megan came down the aisle to the traditional “Bridal Chorus” – also known as “Here Comes the Bride.” 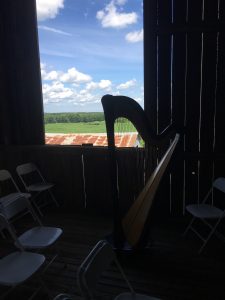 During the lighting of the unity candle, I played “A Thousand Years” from Twilight: Breaking Dawn.  The recessional was also a traditional, classical selection – Mendelssohn’s “Wedding March.” 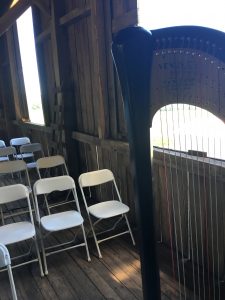 The postlude began with “Bless the Broken Road” by Rascal Flatts, and included other popular and contemporary love songs.  The reception followed at Little River Country Club in Marinette. 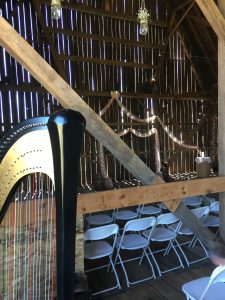 I provide harp music for weddings in the Marinette area, as well as throughout Northern Wisconsin and Michigan’s Upper Peninsula.  Harp music is an excellent addition to a wedding ceremony, cocktail hour, or any other celebration!  You can find more details, such as song lists, pictures, and performance calendar, on my website ~ Northern Wisconsin Harp Player. 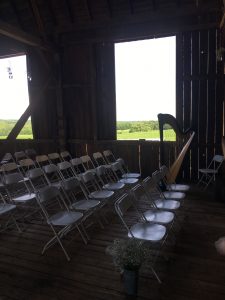