Two weekends in a row with a trio of harp, violin, and cello!  This ceremony was held at Blessed Sacrament Catholic Church in Springfield, Illinois.  Originally planned for April, they rescheduled to October.  My trio played classical music for the prelude as the guests arrived and were seated in the sanctuary. 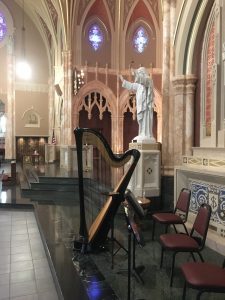 We played “Jesu, Joy of Man’s Desiring” for the entrance of grandparents and parents.  The organist played “Trumpet Voluntary” for the bride’s processional.  During the service, we played for the first part of Communion, long enough for the mothers of the bride and groom to make their way to the balcony to sing “The Prayer” with piano accompaniment – it was a surprise for the couple! 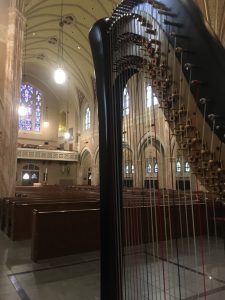 The recessional was “Hornpipe” from Water Music on the organ, and the string trio played classical postlude music as the guests exited the sanctuary. 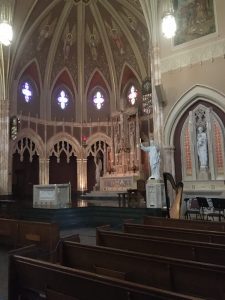 Following the ceremony, I played solo harp for the cocktail hour at the Inn at 835.  This included a variety of popular songs and light classics, and the Game of Thrones theme, by special request! 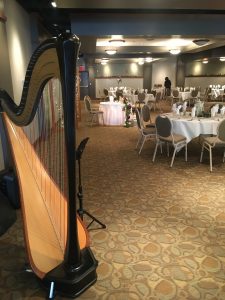 Classical or contemporary, as a soloist or in an ensemble, the harp can provide music for your entire wedding celebration!  Get in touch ~ Springfield Wedding Music ~ and we can discuss the plans for your day!